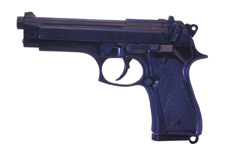 The Law Offices of David M. Boerjte handles a wide range of violent crime cases. Conviction for committing a violent crime can lead to extremely serious punishments and other consequences. A person charged with a violent crime should hire an experienced criminal defense attorney. If you are one of these persons, you should call our law firm right away.

Although assault and battery are charges that are frequently made together, assault is considered a separate crime from battery. Battery is the unwelcome touching of a person or anything related to that person; the touching is done on purpose and without consent of the affected person. The contact is violent and/or forceful and considered offensive.

Assault is the attempt to illegally inflict violent injury on someone. Attempts to physically hurt someone and violent verbal threats, as long as the alleged assault victim knows of the threats, are among the various kinds of behaviors that can be considered forms of assault. The main difference between battery and assault is that battery necessitates more than just verbal harm or threats.

Depending on the degree of seriousness of the battery or assault, assault and battery can be charged as a felony or a misdemeanor. If you are someone who is charged with inflicting battery on a police officer, you could be facing a number of challenges (especially as officers have been known to use excessive violence on a victim and then try to cover it up by charging the person with battery).

Our firm knows how to search a law enforcement officer's history for excessive aggressiveness. Uncovering this information can be key in obtaining good results for our client. An assault and battery conviction could lead to time in prison or jail and the loss of the right to own a weapon. The Law Offices of David M. Boertje has successfully defended assault and battery cases. We have prevented charges from being filed, obtained dismissals, and gotten the charges against a number of our clients reduced.

Domestic violence charges can be charged when two adults that have a current or previous dating or living relationship allegedly have a physical fight. A person can be arrested for domestic violence in California even if the alleged victim does not want the arrest to happen. In the majority of cases, the victim will have a hard time dropping the charges against the abuser. A prosecutor can move forward with the criminal case even if the alleged victim decides not to. A domestic violence charge is very serious, and a conviction can lead to time in jail.

A domestic violence charge can be a misdemeanor charge or a felony charge. This means that the accused person could end up serving his or her sentence in State Prison. A domestic violence conviction could lead to other future consequences, including losing one's right to own a weapon or vote, or—if the person convicted is not a U.S. citizen—possibly deportation.

An experienced criminal defense lawyer who knows how to handle domestic violence cases can successfully represent a person who is charged with domestic violence. Your lawyer can help you take advantage of jail alternatives, including probation and counseling. The Law Offices of David M. Boertje has succeeded in getting a number of domestic violence cases dropped before filing. We have also succeeded in getting the charges reduced from a felony to a misdemeanor on a number of occasions. We have also been able to, in certain instances, get the charges dismissed entirely.

A person can only be found guilty of attempted murder if the prosecutor can prove that the defendant acted either intentionally and deliberately or recklessly and with total disregard for a human life. This means that a person either tried to kill another person or acted in a way that could be considered as taking a major step toward committing the crime of murder. Planning to kill someone is not considered a major step toward committing murder. In certain cases, assault with attempt to cause GBI (grave bodily injury) or assault with a deadly weapon can both be charged as attempted murder if there was a good chance of serious injury or the injuries inflicted were grave.

The Law Offices of David M. Boertje defends attempted murder and murder cases. Both kinds of cases are extremely serious felonies that require much investigation and attention from a good criminal defense attorney.

We suggest that you hire experienced counsel as soon as possible. Your lawyer might be able to get the charges reduced or dismissed. A conviction for murder or attempted murder could lead to time in jail, if not a lifetime in prison. Call our law firm right away if you or someone you love is charged with attempted murder or murder.

Charges for illegally possessing a firearm (or any other weapon) can be dismissed in certain instances. The outcome of this kind of case will largely be dependent on the facts. The focus is usually issues of search and seizure, such as:

The Law Offices of David M. Boertje has, on many occasions, successfully gotten these kinds of charges dropped before they have even been filed. We also have, in certain instances, managed to get the charges dismissed or reduced. Probation (where a person is subjected to searches of their home, body, or vehicle), fines, prison or jail time, and restitution can result if you are convicted of this crime.

Contact Our Office and Speak Directly with a Lawyer

If you would like to talk to an experienced criminal attorney or you have questions related to your assault and battery case, weapons case, domestic violence case, murder case, or attempted murder case, please call the Law Offices of David M. Boertje for your FREE CONSULTATION. You can also fill out our Contact Us page or send us an e-mail. We will respond to your query as quickly as we can.