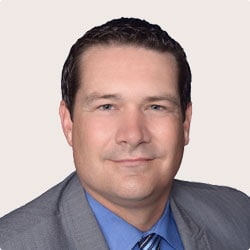 David M. Boertje, Esq., handles criminal cases, personal injury cases, wrongful death cases, consumer and employment class action cases, insurance coverage and insurance bad faith actions including business interruption insurance claim and denial cases. David Boertje has also been class counsel in multiple class action cases that have resulted in many successful settlements, some even 8 figures, including one that settled for $16.5 million and another for $11 million.

Mr. Boertje, has dedicated much of his professional life to defending those accused of crimes and has personally handled thousands of criminal cases. Mr. Boertje is experienced in handling all misdemeanor and felony cases including DUI defense, domestic violence, theft crimes, white collar crimes, drug crimes, probation violations, violent crimes, sex cases, strike cases, and murder. Mr. Boertje has obtained successful results for many of his clients including case dismissals, not guilty verdicts, reduced charges, and favorable plea bargains.

Mr. Boertje has received some very impressive results for his clients’ criminal cases including:

Mr. Boertje received his Juris Doctor degree at the University of San Diego School of Law in 2002 where he focused on criminal law, trial advocacy, and litigation. During law school he also served as President of the Criminal Law Society. Prior to forming Boertje & Associates, Mr. Boertje interned with the San Diego County Public Defender’s Office and also worked for one of the largest insurance subrogation law firms in the U.S. (over 500 lawyers nationwide) working on subrogation cases, insurance coverage cases and bad faith cases for large insurance companies.

*Please note, that the above results are a list of some of Mr. Boertje's favorable results and do not constitute a guarantee or prediction as to the outcome of future cases.
Contact Us Today
Practice Areas
Client Reviews
★★★★★
“Mr. Boertje exceeded my expectations as an attorney. His fees were very reasonable and his representation was absolutely exceptional.” - Jimmie
★★★★★
“David and his staff made everything simple and easy. Not only was David a wonderful lawyer, but he and his staff are some of the friendliest people you will ever meet. He also worked with my budget by letting me make payments.” - Merced
★★★★★
“I was accused of misdemeanor criminal charges and Mr. Boertje convinced the prosecutor to dismiss my entire case without even having to go to trial. I recommend him for anyone in San Diego looking for the best criminal lawyer.” - Nicole
View More
Submit a Law Firm Client Review