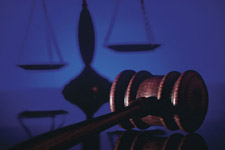 Your first appearance in court, regardless of whether you are in custody or not, is called an arraignment. During your arraignment, you are formally notified of the charges against you. You are also advised of your constitutional rights. Your lawyer will get a formal complaint specifying the charges filed against you, in addition to police reports and other evidence that are in the prosecution's possession.

During your readiness conference, your criminal lawyer will have a chance to speak to the prosecutor and negotiate your case to try and reach the deal that is best for you. Your attorney will try to reach a favorable plea bargain, and the judge may be part of this process.

Even though your lawyer has a chance to present your case during your preliminary hearing, sometimes the best strategy is to not do this. Instead, your criminal attorney might use the hearing to cross-examine key witnesses that are speaking against you, lock down the details of their testimonies, and see whether there are inconsistencies in the prosecutor's case against you.

During your preliminary hearing, if the judge decides that there is probable cause to support the charges against you, a second arraignment will be scheduled based on the charging document that the prosecution will file. If, during the preliminary hearing, the prosecutor is able to prove any additional charges, the charges will be filed at this time. You will once again be formally notified of the charges against you and reminded of your constitutional rights. Future court dates will be scheduled for you.

During your pre-trial conference, your lawyer will have the chance to continue dialoguing with the prosecution in an effort to reach the best and most favorable solution to your case. The judge is frequently involved in this process.

If a disposition is not reached, a trial will be set. Twelve impartial persons will be chosen to serve on a jury and hear all evidence related to your case. Your defense attorney and the prosecution will make opening statements, introduce witnesses, present evidence, cross-examine the witnesses, and give closing arguments at the trial. The jury will then retire until it reaches a decision. They have to unanimously agree that you are guilty beyond a reasonable doubt for you to be convicted. If they cannot reach a decision and are deadlocked, the judge will declare a mistrial.

If you are found guilty after trial or you decide to plead guilty, the case is then ready to enter the sentencing phase. The judge will determine the applicable punishment at the sentencing hearing. In some instances, your lawyer may argue reasons for why you should receive the lowest penalty that exists for your conviction.

In certain cases, where the defendant is found guilty or pleads guilty, there may be a number of options:

Expungements: Following the successful completion of the conditions and terms of your probation, you might be able to go to court and have the conviction "expunged" (removed) from your record.

Motion to Withdraw a Guilty Plea or Motion for a New Trial: These two kinds of motions must be addressed on a case-by-case situation. Both motions are attempts to set your conviction aside.

Modification of Sentence: If you are placed on probation, it might be possible to appear before the sentencing judge and have your lawyer request modifications on certain terms and conditions.

Appeal: The facts of your case will determine whether you can bring an appeal and if it has merit. If your defense attorney can show that you were denied due process of the law or that the trial court made legal errors, you could get your conviction overturned.